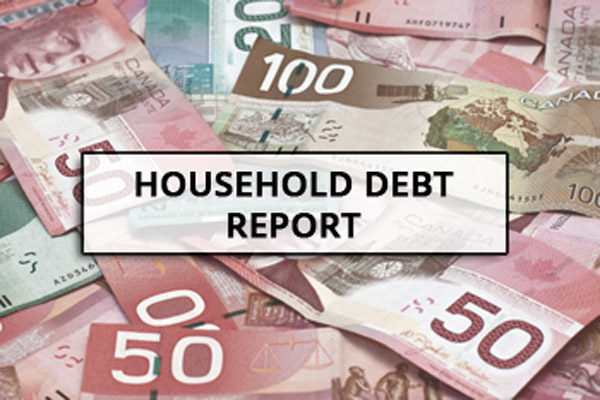 Canadian households piled up a record amount of mortgage debt for the second quarter in a row amid low interest rates and high housing prices, Statistics Canada said Friday.

Hot real estate markets in many regions helped propel house prices higher, pushing demand for mortgage loans to $34.9 billion in the fourth quarter of 2020 - beating the previous high of $28.7 billion set in the third quarter, the agency said.

The growth in the value of real estate also pushed the net worth of homeowners higher, Statistics Canada said.

Residential real estate increased 3.3% in value, the second consecutive quarter of strong growth, as investment in both new and existing homes remained robust, the agency said in its release.

Meanwhile, debt servicing and debt-to-income ratios saw an uptick in the fourth quarter but remained below pre-pandemic levels.

The household debt service ratio - measured as total obligated payments of principal and interest on credit market debt as a proportion of household disposable income - increased to 13.58% from 13.18%, Statistics Canada said in its release.

Household debt as a proportion of income rose to 175% from 170.8%, as debt grew slightly while household disposable income edged down, the agency said.

In other words, Canadians owed $1.75 for every dollar of household disposable income, up from $1.71 in the third quarter but still below the $1.81 Statistics Canada recorded at the end of 2019.

“The Canadian economy continued to recover, albeit at a slower pace, as households and businesses persisted in adjusting to the realities of the COVID-19 pandemic,” the release said.

Yet even while government transfers and subsidies continued to wind down, declining for a second consecutive quarter, they still bolstered household savings and helped keep the savings rate high, the release said.

The increase in financial wealth helped Canadian stock markets recoup their losses from the market panic earlier in 2020, as Canadians looked for places to keep their excess savings, the agency said.

Canada’s overall national net worth, the sum of national wealth and Canada’s net foreign asset position, increased $602.9 billion from the previous quarter to $13,776.7 billion in the fourth quarter.