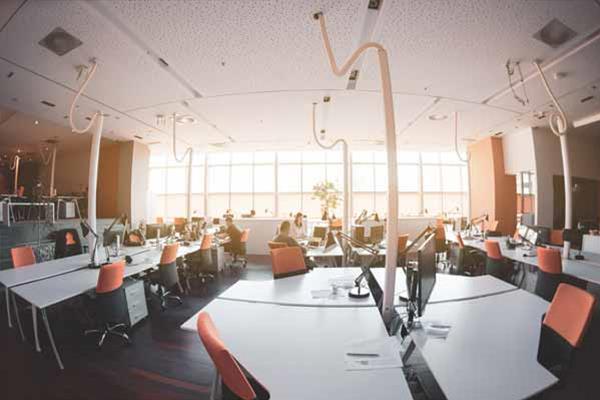 Office vacancies in Canada were at the highest level in decades this quarter as new supply continued to come onto the market while the fourth wave of COVID-19 slowed an expected return to work, according to the latest report from CBRE Group Inc.

The commercial real estate firm said Thursday that the national office vacancy rate hit 15.7 per cent in the quarter that runs to the end of September, up from 15.3 per last quarter, for the highest level since 1994.

"We were really hoping to see a greater sense of normalcy in September, and unfortunately that has simply been delayed or deferred," said Paul Morassutti, vice chair of CBRE in Canada.

He said though that the market is showing signs of resiliency despite the pressures, noting that prices have remained fairly stable thanks to institutional owners who are willing to wait out a temporary dip.

"I think everyone has to stop clutching at pearls, take a deep breath, and realize that the office market isn't going away."

He said there are also fewer companies looking to sublet space as they anticipate a potential return to work, while many companies are putting off decisions about how much space they need until their lease is up for renewal.

"What we're finding from tenants right now is for the most part nobody is doing anything dramatic, they are focused first on a back to work program and what that may look like," said Morassutti.

While most companies haven't made firm decisions on how working from home will play into future office demand, he said the uncertainty around it is probably the major reason institutions haven't bought any office buildings in Canada over the last couple of years.

The office market will also have to see increased demand to absorb all the supply coming to market, which was spurred by low vacancy rates before the pandemic and difficult to stop once construction is underway.

Morassutti said technology companies will be key to creating that demand.

"I think you're going to see technology demand continue to be a huge driver of new office space, which is why I don't believe the remote working issue is as dramatic an issue as others would have you believe."

He said that already there aren't many options for companies that want large spaces, while the downtown Toronto vacancy rate actually ticked down 10 basis points to 9.9 per cent in the quarter.

Combining the suburban market, Toronto's vacancy rate was 13.7 per cent in the quarter, while Vancouver's was 7.4 per cent. Montreal was 14.7 per cent, and Calgary, where oil and gas companies have been paring back for years, was 30.1 per cent.

The story is quite different on the industrial front, where vacancies are low as demand for distribution and logistics space remains at an all-time high.

CBRE says the national vacancy rate for industrial space was at two per cent in the quarter, while several markets including Vancouver, London, the Waterloo Region and Toronto have availability rates of less than one per cent.

The sector is constrained from building because of a shortage of land and difficult zoning laws and Canada could start to see multi-storey warehouse space to help fill the gap, said Morassutti.