Perhaps it’s long overdue, but Toronto’s neighbourhoods are getting a much-needed revamp and changing from the existing number of 140 to 158.

The changes are a reflection of the city’s vastly growing population, which, until now, hasn’t been properly balanced in Toronto’s current neighbourhood system.

The City says Toronto’s existing 140 social planning neighbourhoods have been in existence since the late 1990s. However, in recent years population growth has made each neighbourhood’s population unbalanced in relation to the others.

To better balance the population throughout Toronto, the City has developed neighbourhood splits that resulted in 34 new areas with more balanced populations. To achieve this, the City plans to retire 16 old neighbourhoods and replace them with the 34 new ones, while the rest will stay the same. 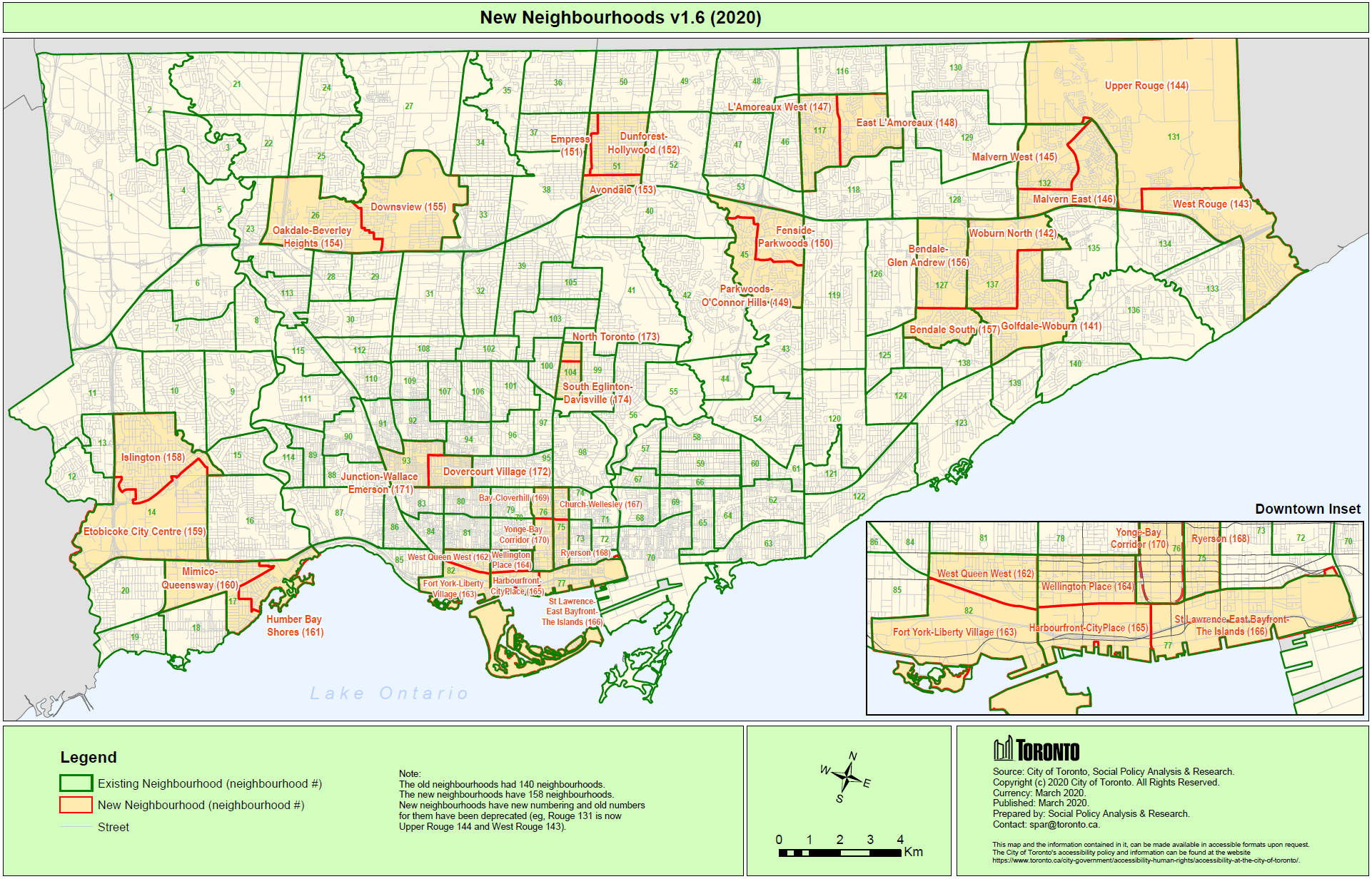 According to the City, the new neighbourhood map includes retiring old neighbourhood numbers (like 131 and 137) and new numbers start at 141 and go up to 174 — so now there will be 158 neighbourhoods numbered somewhere from 1 to 174.

One of the most significant changes is that the old neighbourhoods of “Waterfront Communities — The Island and Niagara”, which are all very densely populated, have been split into three smaller geographic areas: Harbourfront-CityPlace, St. Lawrence-East Bayfront-The Islands, and Wellington Place.

Meanwhile, the current “Niagara” neighbourhood will be broken down into West Queen West and Fort York-Liberty Village.

Further north on the map, the current neighbourhood of Willowdale East will be broken down into three new neighbourhoods — Empress, Avondale, and Dunforest-Hollywood.

The jump in population, according to the most recent Census data in 2016, shows Toronto’s population had increased by 116,511 residents in the five-year period since the last Census in 2011. The next Census survey is scheduled for May 11.

While the City says the full 158 neighbourhoods will be publicly announced in early 2021, no definite date has been announced at this time.